I'm off to pack my luggage for Amsterdam :) , I'm leaving tomorrow, can't wait for it. I even got myself a new suitcase... Hope your weekend turns out great.
Posted by host at 08:05 No comments:

First of all I want to thank you all for joining me for my birthday!!!
And thank you Ms Moran for providing such a great prizes for the contest!!!!!
And Random org has picked the winner:
There were 12 items in your list. Here they are in random order:

Elaing8 you are the winner!!! 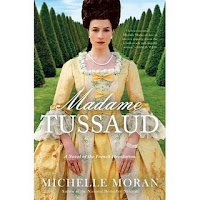 You won a signed hardcover copy of MADAME TUSSAUD as well as a pair of Marie Antoinette cupcake earrings. You have to contact me in a week or I'll have to draw another winner (send me your snail mail addy before 02/03/2011). The prize will be mailed directly by Ms Moran!
Posted by host at 20:42 2 comments:

I just wanted to remind you that my b-day contest is about to end soon. So, if you are interested in winning a signed hardcover copy of MADAME TUSSAUD as well as a pair of Marie Antoinette cupcake earrings leave the comment. Contest is one internationally and ends February 22nd.
Hurry! For morw info, please click here. 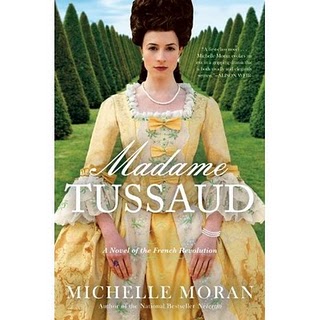 I hope you are having a great Sunday!
Posted by host at 13:45 No comments:

How about some beautiful music from Croatia? I give you "traditional boy bends" from Croatia called KLAPA! Here a little bit about KLAPA from Wiki: "The klapa music is a form of traditional Croatian a cappella singing . The word klapa translates as "a group of people" and traces its roots to littoral church singing. The motifs in general celebrate love, wine (grapes), country (homeland) and sea. Main elements of the music are harmony and melody, with rhythm very rarely being very important. A klapa group consists of a first tenor, a second tenor, a baritone, and a bass. It is possible to double all the voices apart from the first tenor. Although klapa is a cappella music, on occasion it is possible to add a gentle guitar and a mandolin (instrument similar in appearance and sound to tamburitzas).
Klapa tradition is still very much alive, with new songs composed and festivals are held . Many young people from Dalmatia treasure klapa and sing it regularly when going out eating or drinking. It is not unusual to hear amateur klapa singing on the streets in the evenings over some food and wine.
It is usually composed of up to a dozen male singers singing very harmonic tunes. In recent times, female vocal groups have been quite popular, but in general male and female groups do not mix."
Although I live in the hilly part of Croatia, my father was born and raised in Dalmatia which is the southern part of Croatia by the Adriatic Sea. We always listened klapas' singing. I remember original klapas singing in my childhood, my grandpa being one of the singers. Today, my grandpa isn't with us any longer but my brother in law was klapa singer.
Klapa is supposed to perform without any music, but modern day’s klapas include music in their performance. I am giving you both to enjoy!
First one is modern love song performed by klapa Iskon.

And more traditional way of singing; it is also a love song. I am so sorry you don't understand the beautiful lyrics.


I hope you enjoyed a little bit of Croatian tradition :)
Have a great day.
Posted by host at 08:00 No comments:

HAVE A GREAT WEEKEND!

And keep your fingers crossed, please, because I have an exam today :)
Posted by host at 08:55 No comments:

How about little bit of Moby? I love this song and Bourne Identity isn't such a bad move :)

I hope you are having a great almost-end of week.
And don't forget about the contest - just click here and you'll find out more about the prizes and the rules!
Posted by host at 07:00 No comments:

First of all, I want to remind you of my bday contest - just click here and you'll find out more about the prizes and the rules!

I just remembered that I promised to post some pictures from my business trip to Vienna.
Well, this was my second visit to that beautiful Austrian city. It is really great. The people are very nice and helpful, and it is everywhere like that - in our hotel, at the fair, in museums and shops, just about everywhere. The only thing I found surprising is the fact that everything closes at 5 p.m. and I mean everything (the shops, the museums...) except for restaurants and cafes. It left me and my colleague a little time for sightseeing since during the day we had to work at the fair.

Here are some pictures. 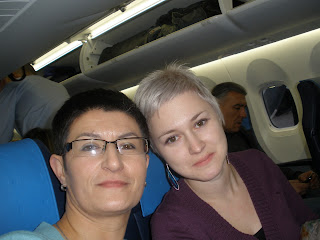 In the plane (my coleague and I) 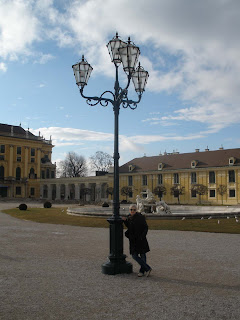 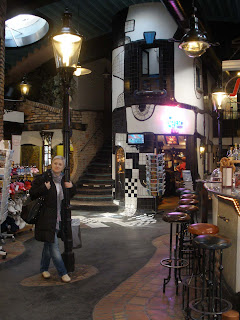 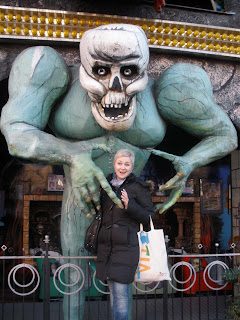 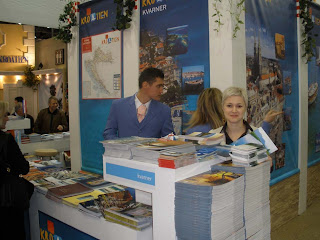 At the fair
Those were four fabulous days:) I love Vienna and its people, its underground and its museums!
I am in Amsterdam during the last weekend in February, working at the fair. So if you are nearby please come and visit Croatian booth - I'll be there :)
﻿
Posted by host at 07:12 1 comment:

Birthday cake and the contest reminder...

Hello! I'm still in my cave studying for two exams I have - one is due tomorrow and the other one on  Friday :(
Anyway, I wanted to share with you the picture of birthday cake my mother bought for me at this fancy confectioner. It was yummy - I'm so sorry you can't try it. 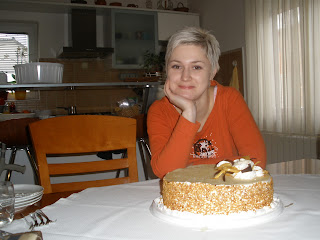 The other thing is my bday contest with some fabulous prizes - if you are interested just click here and you can enter just by commenting on my post. 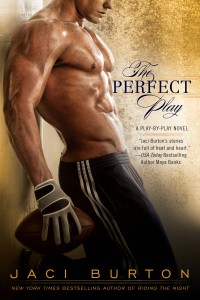 The third thing is that today my copy of Perfect Play by Jaci Burton arrived and now is standing on my desk taunting me to stop studying and read it :) I hope I can resist the temptation.
Have a great day!
Posted by host at 17:04 6 comments: