I am looking forward to...

.. reading A Touch of Crimson by Sylvia Day :)
The story goes like this (got it from http://www.sylviaday.com/): 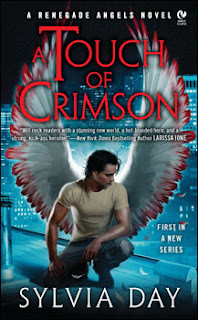 An angel with immense power and insatiable desire, Adrian Mitchell leads an elite Special Ops unit of the seraphim. His task is to punish the Fallen--angels who have become vampires--and command a restless pack of indentured lycans.
But Adrian has suffered his own punishment for becoming involved with mortals--losing the woman he loves again and again. Now, after nearly two hundred years, he has found her: Shadoe, her soul once more inhabiting a new body that doesn’t remember him. This time he won't let her go.
With no memory of her past as Shadoe, Lindsay Gibson knows only that she can't help being fiercely attracted to the smoldering, seductive male who crosses her path. Swept into a dangerous world of tumultuous passion and preternatural conflict, Lindsay is soon caught between her angel lover, her vampire father, and a full-blown lycan revolt. There’s more at stake than her love and her life--she could lose her very soul...
Sounds interesting, doesn't it? And I absolutely love the cover :) It seems to me that angels are fast becoming my favourite kind of paranormal species. I keep looking for new books about angels. What say you?
Have a great weekend!
Posted by host at 13:41 No comments:

The Darkest Surrender hits the stores on September 27th, 2011 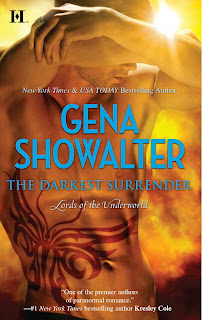 The Lords of the Underworld return in this enthralling tale of an immortal warrior determined to win and the beautiful seductress he can’t resist.

Possessed by the demon of Defeat, Strider cannot lose a challenge without suffering unimaginable pain. For him, nothing stands in the way of victory. Until Kaia, an enchanting Harpy, tempts him to the razor’s edge of surrender.
Known among her people as The Disappointment, Kaia must bring home the gold in the Harpy Games or die. Strider is a distraction she can’t afford because he as an agenda of his own – steal first prize, an ancient godly artifact, before the winner can be named. But as the competition heats up, only one prize will matter – the love neither had thought possible…

At Ms Miller's blog you could win an ARC of GLOW. Here is a little about the book: Goodreads summary: What if you were bound for a new world, about to pledge your life to someone you'd been promised to since birth, and one unexpected violent attack made survival—not love—the issue?
Out in the murky nebula lurks an unseen enemy: the New Horizon. On its way to populate a distant planet in the wake of Earth's collapse, the ship's crew has been unable to conceive a generation to continue its mission. They need young girls desperately, or their zealous leader's efforts will fail. Onboard their sister ship, the Empyrean, the unsuspecting families don't know an attack is being mounted that could claim the most important among them...
Fifteen-year-old Waverly is part of the first generation to be successfully conceived in deep space; she was born on the Empyrean, and the large farming vessel is all she knows. Her concerns are those of any teenager—until Kieran Alden proposes to her. The handsome captain-to-be has everything Waverly could ever want in a husband, and with the pressure to start having children, everyone is sure he's the best choice. Except for Waverly, who wants more from life than marriage—and is secretly intrigued by the shy, darkly brilliant Seth.
But when the Empyrean faces sudden attack by their assumed allies, they quickly find out that the enemies aren't all from the outside
Sounds great, doesn't it? So what are you waiting - go to Ms Miller's blog and read the review. The giveaway is international and ends Sunday, September 18, midnight EST. 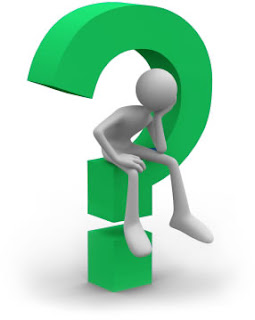 I planned to have a series of giveaways on my blog through September. It started with Ms Falbe's guest post and giveaway. I gave one week for interested to post a comment on my blog for a chance to be entered into the giveaway. But then nobody commented. This got me thinking about the reasons. I came with two:
1 - Nobody is reading my blog
2 - You aren't interested in giveaways (this I find highly unlikely)
SO, before doing anymore giveaways, I ask you to tell me if you are interested in giveaways or not?
If there is nobody, well.... I'll just keep posting reviews and some other interesting stuff for my own enjoyment :)
Have a great day!
Posted by host at 12:14 3 comments: